Tanvi Goyal, One of the Most Sought-After Make-Up Artists for Bridal and Editorial Makeups 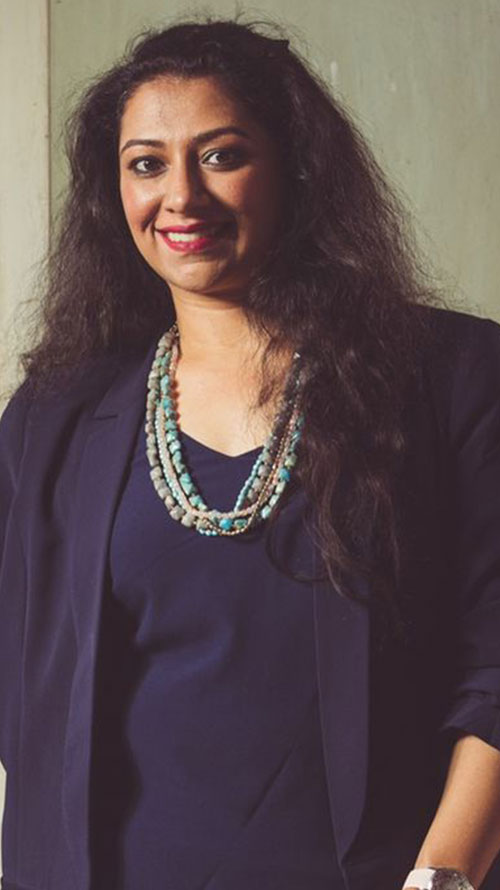 Making people look pretty is what Tanvi enjoys the most. Identifying her passion, she embarked on the journey of becoming a makeup artist and is living her dream life today.

Tanvi Goyal is a makeup artist who is currently based in Chandigarh. She is originally from Ghaziabad but shifted to Chandigarh after marriage. Tanvi has been in the makeup and beauty field for the last eighteen years. She started her beauty journey at the age of nineteen and since then, has never looked back.

Tanvi’s journey in the beauty field began at the age of fifteen when her mother got her enrolled in Shahnaz Husain Beauty Institute to get a diploma while she was waiting for her class eleven results. Tanvi spent three months at the institute and realized her interest was in makeup. Thereafter, she got trained under many makeup artists to become better at it. She realized her true calling only when she was expecting her first child and eventually became sure of her profession.

Tanvi draws inspiration from her family members, starting with her grandmother, who is a retired headmistress. She admires her for her hard work and the resultant progress she has made due to her efforts. Tanvi also looks up to her mother, who is an academic and a singer. She walks in her footprints, following her values and lessons.

Besides being a makeup artist, Tanvi is a full-time mother who loves helping her children out with their activities and studies.

Talking about the pandemic days, Tanvi says that all of a sudden she had to handle all household work, and she was also in the process of shifting into a new space. On the professional front, her bookings got canceled and her makeup studio came to a standstill. Overall, Tanvi felt that COVID tweaked our paths and gave us more time to be with our family members. She used this free time to upskill herself and make makeup tutorials.

When asked about her challenges, Tanvi says that it was difficult for her to maintain a balance between giving her children time while simultaneously following her passion. However, with proper time management and work management, she has been able to fulfill both of her responsibilities. Besides, Tanvi is grateful to her family members, who have been her constant support.

If Tanvi could go back in a Time Machine, she would relive her childhood days that she spent with her father, since she lost him at a very young age. Besides, she would also spend time with her boyfriend, who is currently her husband, reliving those beautiful moments.

Tanvi suggests aspiring makeup artists not to take shortcuts and focus on excellence and learning. She adds that they should be thorough professionals, undergo relevant training, and practise on a daily basis.

Her mantra for success lies in her quality work and letting her work speak for herself. She believes in staying focused, committed, and dedicated towards her profession.