Grow as a family, work for your community and give back to society 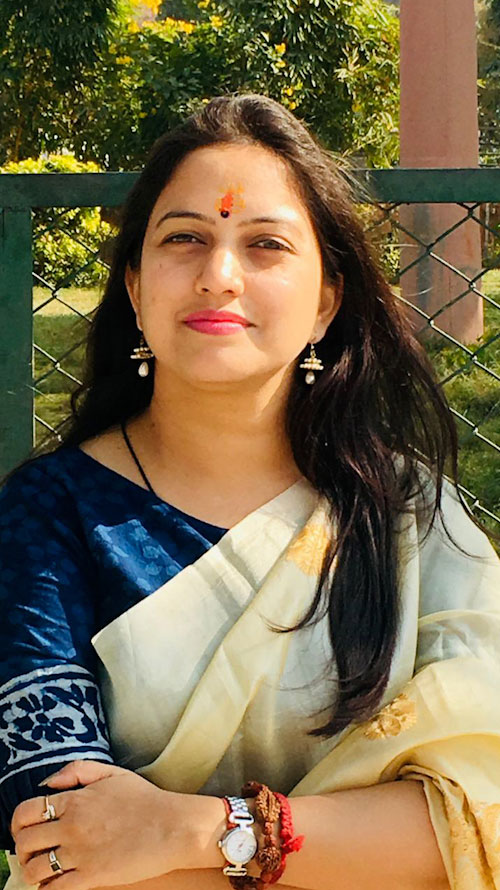 Grow as a family, work for your community and give back to society

Growing up seeing the work of social service and welfare in her house since childhood, Sonakshi got inclined towards this field. She started doing social service along with her jobs and over a period of time, she got her own NGO registered which works for children’s education and women empowerment.

As its Secretary, Sonakshi Vashishtha runs an NGO in Jaipur named ‘Annapurna Lok Seva Shikshan Samiti’. Her institution works mainly for Children’s Education and Women Empowerment. She says that apart from Jaipur, she also focuses on rural areas because the skill development training for women empowerment is required more in those areas instead of urban areas.

Sonakshi was born in Kotputli, Rajasthan. She did her primary education from Emmanuel Mission Secondary School.

Remembering her childhood, Sonakshi says that she lived in a joint family.Her father was an administrative officer and because of that a lot of people used to come and go at their home. Since childhood, she saw domestic violence in her neighbourhood where her parents helped and rescued those women. She says that there was always an atmosphere of discipline in her house. Having a big house, the boys of the nearby villages came to study from her grandfather and even stayed at her house free of cost for studies.

Sonakshi says that she started her journey as an Entrepreneur by starting IPL in Rajasthan but gradually she turned into a Social Worker. She did a lot of work for Rajasthan Royals. She has worked with several big corporate houses like Vodafone, AHL etc. She started launching products after her college and went on to grow a lot in her life by working with such big corporations. She says that as she was earning good, she also did social work alongside and in 2008, she got her organisation registered. Gradually, she came to know about CSR and took funding through it in her centres to work forward in this field.

Sonakshi started working for children’s education and women empowerment in rural as well as urban areas for which she started some Skill Development Centres and started training them. Today, she is working full time in it, has grown big in the social welfare sector and running the organisation successfully.

Talking about achievements, Sonakshi says that she has saved many lives through her NGO and has given a new life to several people which is nothing less than an achievement for her. She helped many women to stand on their own feet and made them self-dependent for which those women admire her and that is a big deal for her. Apart from this, people call her to join hands and work with her which is a big achievement as well.

Sonakshi advises everyone that before starting an NGO, be clear in your mind about the purpose of starting it, like you want to help others or else you are earning well so you want to do charity or you actually want to do this work. And if you want to make a career in it then you have to be passionate about this work and this field as well. Also , if you take the initiative to change the life of even a single person, then unless you do that, you must keep doing it. Don’t think of giving up in the middle. She suggests everyone to first start working with already registered NGOs in the field and try to get a hang of it. If you feel you are good at this work, only then decide to start an NGO of your own.

If  Sonakshi ever got a chance to go back in time, she would like to go to her late school and early college days to bring some changes in her to enhance her skills and grow more in life.

When asked about Leadership, Sonakshi says that leaders are not made, they are born. She believes that leaders show people the way, lead them and stand up for their team.

Sonakshi loves to watch movies in her spare time and that too in the theatre. She loves to gossip too. Apart from this, she is very active on social media and spends more time on Twitter.