Technology is not going to replace humans, AI is an extension of the human mind. 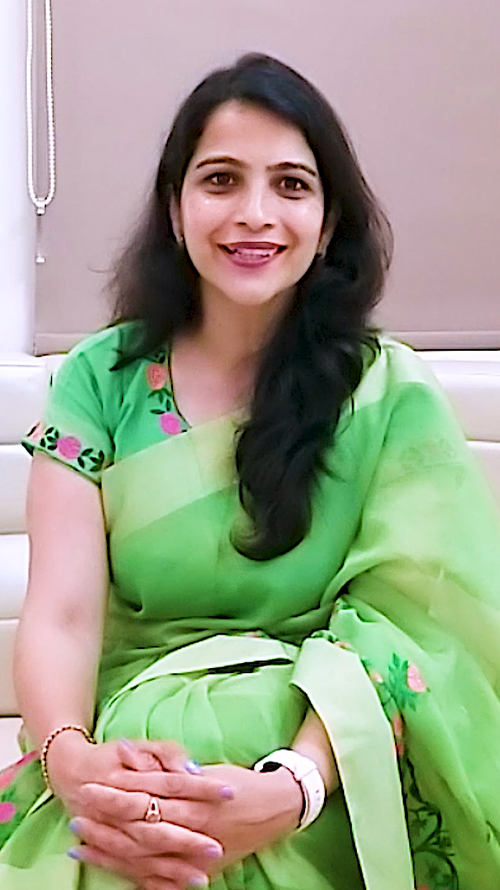 Technology is not going to replace humans, AI is an extension of the human mind.

Sejal Samar Jodhawat is a Marketer and an Educationist who is using her knowledge to transform education by promoting secondary skills in children.

Sejal was brought up in Bangalore and she did her schooling from Bangalore itself. She has done BBM in Finance from Mount Carmel, Bangalore and later pursued MBA in Marketing from IIMM, Pune. Currently, she is pursuing an Entrepreneurial Program from IIM, Bangalore.

After completing her education, she worked with some companies like ITC, ICICI Prudential and India Infolin  All this time, Sejal was aware of the power of technology and knew that it can revolutionize education. So to manifest her theory, she joined  FutoLearn EdTech Pvt. Ltd. five years back. FutoLearn is a Bangalore-based company which has offices all over the country and abroad too. The parent company of FutoLearn is Happymomo, which deals with augmented reality and virtual reality learning methods. The main aim of FutoLearn is to provide best AI and coding services to schools and also to students while focusing on secondary skills too. The company helps educational institutions make good use of technology for the development of teaching methods.

Sejal says that the success mantra for FutoLearn has been the excellent service they provide and the innovative methods that they employ to inculcate coding and problem solving skills into the students. She also informs that ‘Futo’ means excellence in Japanese and FutoLearn follows this motto accurately.

Sejal says that the main challenge for them was to bring this new concept in front of parents and schools, and eventually convince them to go along with it.  However, after getting a go ahead from the CBSE, it was very easy for the company to go ahead with its concept. Many schools are accepting this idea now and implementing this in their curriculum, a lot of parents are also getting aware about digital education. Personally, she says, being from a commerce background and not being tech-savvy initially proved to be a hurdle for Sejal, but she overcame it in no time through her dedication.

Sejal thinks that there is a culture of rote-learning in the academic sphere these days and creativity is missing from the curriculum. Her solution is to give a platform to the children for experiential learning through which they can dive into a problem and come out with several out-of-the-box solutions. She also considers the skill of public speaking to be a catalyst for self-confidence and creative thinking.

Sejal is also a member of the Jain International Trade Organization, which ensures the well-being of its community members. Within JITO, she is a co-convener of the ladies wing of the ‘Swayam’ project  which promotes women entrepreneurs.

Sejal is a firm believer that women are much more capable than they are generally perceived to be. She exhorts women who follow their passions and take one step at a time towards their goal. She also advises them to keep learning throughout the journey.

Sejal says that to pursue this field, you must have the passion for it and you should be able to connect with children, which is the ultimate goal of the company. She herself follows the three “Ds” in life which are : dedication, determination and discipline. Her motto is : network is net worth, and she lives up to it.

Sejal considers education to be a crucial part of life. She also thinks that you have to be a consistent learner to keep gaining experience.

Sejal’s parents are her role models. She says that they have taught her the discipline and dedication that she still carries today. Their struggle and enthusiasm always inspired her to keep doing better. She also believes in learning from every individual in life.

Sejal feels we must all help each other grow. She also feels that maintaining a balance between your personal and professional life is very necessary. She thinks leadership is inbuilt as well as developed over time.