There is no substitute for hard work. Never give up. Always stay positive about your goals. 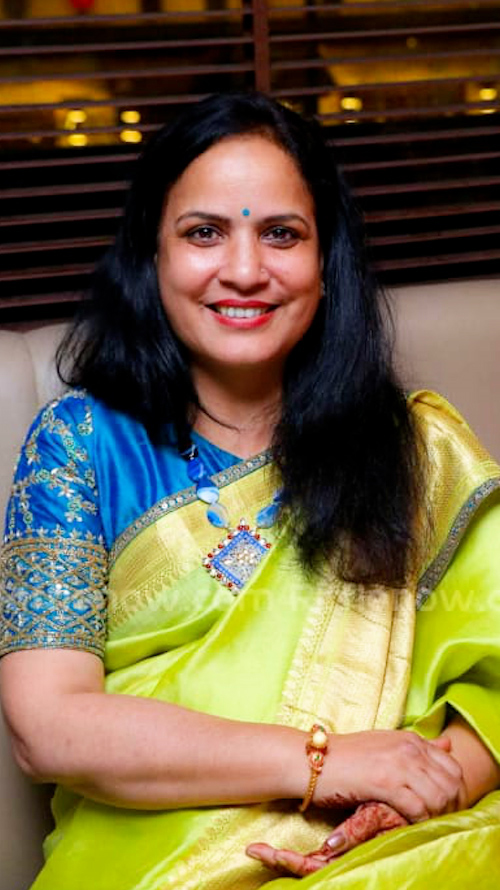 There is no substitute for hard work. Never give up. Always stay positive about your goals.

After many stumbling blocks in life, Sangeeta paved a path for herself and raised her flag in the field of education by adding a color of Indian culture into it.

Sangeeta Rajendra Sarda is the Managing Director at Vivekanand Public School in Solapur. She says that she never planned to get into the teaching line, but while teaching her son at home, she developed her interest in this field and eventually, her professional journey kicked off.

Sangeeta was born in Rajasthan but brought up in Solapur, Maharashtra. She did her M.A. in Literature. She says that after ten years of her being just a homemaker, she set her foot in the teaching profession. She began her journey with a coaching class under the informal education sector for a few years. From there she got a lot of recognition and entered into the formal education sector. She was employed as a guest faculty in a couple of colleges on an hourly basis.

While teaching in colleges, Sangeeta observed a lack of understanding of the English language which needs to be strengthened in its early stage itself. And she was fortunate enough to establish a school called, ‘Vivekanand Public School’ by herself, making its set of rules, policies, procedures and strategies.

Speaking of her role models, Sangeeta says she considers her father as her role model for giving her good upbringing, imbibing great values in her and being a source of inspiration to her.

Talking about her struggles, Sangeeta says that challenges were there right from the beginning. Because they were four sisters with no brother in the family, it was a difficult time to live peacefully in society. Also, giving a good education to four girls was quite challenging for her parents. Despite hearing all the taunts, her parents sent them to a convent school. But her hardships never stopped there. She was married into a conservative Marwari family, where she could not even think of stepping out of the house. But she never gave up and started taking small steps towards her dream. After ten struggling years, she was able to make her way out and reach her destination.

In her spare time, Sangeeta enjoys painting, art work and stays close to her work.

Sangeeta advises the young generation that no matter how far you go in life, never forget our Indian culture.