Instead of complaining about your circumstances, get busy and create some new opportunities. 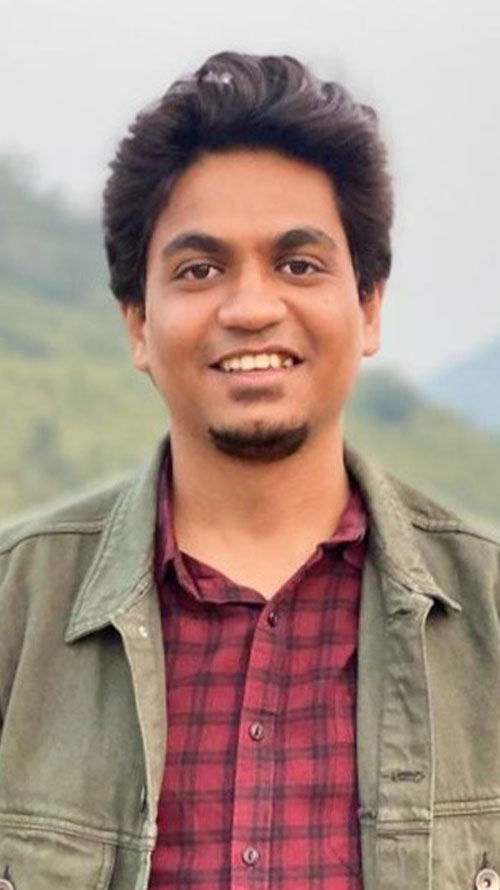 Instead of complaining about your circumstances, get busy and create some new opportunities.

Despite always being an average student, Pritam wanted to go to IIT for which he worked very hard but could not make it. Still, he did engineering from a reputed college and got a highly paid white-collar job to support his family financially.

Pritam Jawaria has been working as a Business Intelligence Developer with ‘Kmart Australia Sourcing’ in Bangalore for the last two years. He has been working in this field for six-and-a-half years now. He deals with data from its inception till the end of the process and sees which data is useful for which division of business and what technology can be infused with it to help the business take the right decision. He provides important insights to every department of the organisation to take intelligent business decisions for the future.

Pritam was born and brought up in Kolyari Village in Udaipur. He did his schooling from the Government School there. He did his 11th and 12th from Resonance, Kota because he had to go to IIT for which he worked very hard yet he could not get selected. So he gave CET and did his Bachelor of Engineering from Walchand Institute of Technology in Solapur, Maharashtra.

Pritam says that during those four years, he never had any interest in Coding and computers. In fact he always used to run away from all those things. Going forward, he only had to do a job to support himself and his family financially, coming from a middle-class family. He could not get any placement from the college so he went to Bangalore after consulting his seniors to find a job. After three months of hard work and a great search, he got his first job in the Analytics and Data Management division of HP. After working there for a couple of years, he switched two-three times and finally ended up working with Kmart Australia Sourcing.

Talking about role models, Pritam says that he tries to take the best of all the people around him and takes inspiration from all of them. Apart from this, he considers his senior colleagues, Amit Sharma and Hardik Naidu as his role models because they used to teach Pritam after office hours, supported him a lot professionally and helped him to move ahead in life.

When asked about challenges, Pritam says that living alone in Kota for two years at a young age was a big challenge for him. On top of that, moving forward on the right track and focussing on studies while preparing for IIT was even bigger than that. After getting a job, balancing personal and professional life together, being careful not to go astray was very difficult but he managed everything well and moved forward in life.

Pritam suggests to all newcomers that if you are good at something then you should learn in that field and get better day by day in that particular thing. Don’t waste your time running after the trend because you might not do good in that and get left behind in things you are good at.

Apart from work, Pritam loves writing poems in Hindi. He likes to watch YouTube videos in his spare time, in which he has interest in Sufi music. He loves to sing Sufi songs too. He enjoys playing guitar and likes to spend time with his friends and wife.