Do whatever you want to do. But do it wholeheartedly with full devotion until you attain your goal! 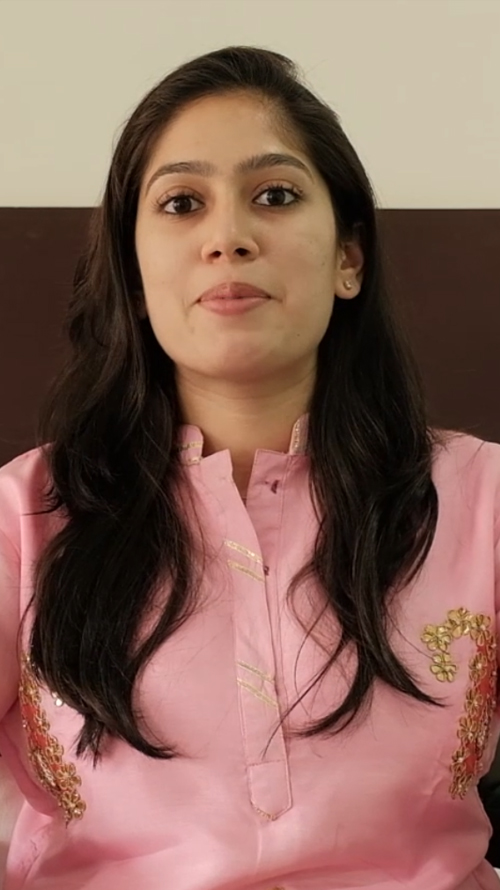 Do whatever you want to do. But do it wholeheartedly with full devotion until you attain your goal!

Pragya Bhandari originally hails from the pink city Jaipur. She was born, brought up and educated in Jaipur itself. She was educated at Subodh Public School, Jaipur. She completed her graduation from Kanoria Girls College, Jaipur. She has also completed CA recently.

Pragya shares that she really enjoyed her time at school. She reminisces that she would participate in extracurricular activities such as debate, elocution, extempores etc. She won many first prizes for that.

Pragya was initially keen on making a career in law. But her grandfather who is also a lawyer and her father both suggested she complete CA first and then pursue law as it makes an ideal combination. So taking their advice she started preparing for CA and with her hard work and determination she realised her dream. She is really happy and content that she chose CA and could become one.

Talking about struggles in her life Pragya says that when she was pursuing her CA, she was good with theoretical subjects but had to work really hard on practical subjects. Besides, she did articleship at her family firm so her work hours would extend beyond normal. But she says that the upside of this was that she got to learn a lot and got a good exposure to channelise her learnings. She even had to face critics as they doubted her ability to crack CA. But she took all of it in a positive manner and proved herself with her results.

Pragya considers her father as her inspiration and role model. She says that her father always supported her in all endeavours. She also acknowledges that her mother and sister and other family members all gave her emotional support whenever she felt low and felt like quitting CA and with their support she could clear it.

Pragya considers becoming a CA her biggest achievement to date. She says that it was a really tough process. As she had to just study all the time. But when she finally became a CA it was a feeling full of satisfaction and contentment.

Pragya says that this covid 19 pandemic affected everyone. She too had to face some challenges. Her CA final exams got postponed by a year. Meanwhile she got married too. And she could not invite many people to her wedding. But the good side  of this was that she got more time to spend with her family and realised that our families play an indispensable role in our lives.

Pragya believes that whatever happens happens for a reason. If she could go back in time and undo something she would want to be more consistent and focused with her CA preparation and avert the failure of not clearing it in her first attempt.

Pragya from the very beginning was clear that she would want to work in an administrative role. She never wanted to apply for a job post her CA. Now she looks after the administrative operations at Heritage Girls School, Udaipur and aims to take the school to newer heights.

Pragya has many hobbies. She likes to dance, sing, read books, workout, do meditation etc. She says that doing meditation consistently has helped her a lot. She shares that meditation is food for the soul. It gives you clarity and calms you down.