Piyush Gaur, an Entrepreneur Multi-Managing a Wedding Planning Business, a Dance Studio and an Events Company with an Optimistic Attitude

The biggest solution to all your problems in life is yourself. 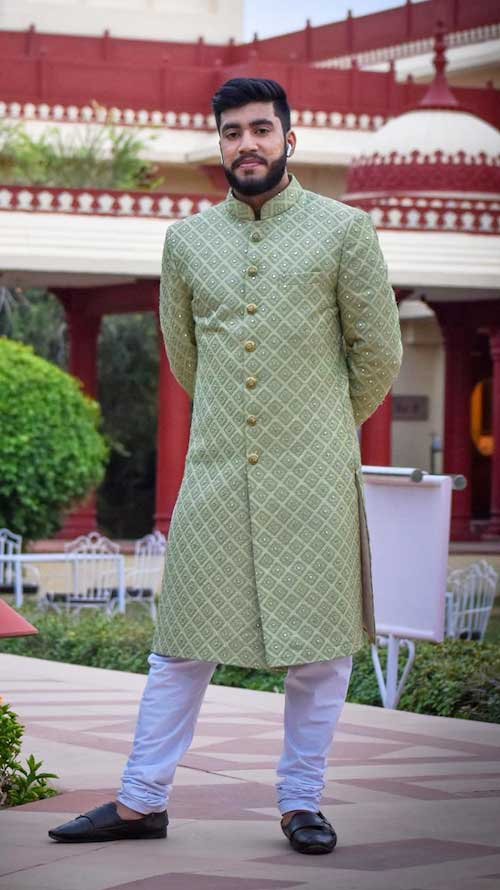 The biggest solution to all your problems in life is yourself.

Piyush Gaur is a Choreographer and an Anchor who feels that we should enjoy our journey rather than being worried about our destination or regretting our past.

Piyush Gaur is from Jodhpur. He is a Dancer, a Zumba Trainer, Anchor, Actor, and Radio Jockey. He currently owns three Dance Studios in Jodhpur.

Piyush says that initially when he decided to go into the field of Dancing, he was met with resistance from his father. His father was not in favor of him choosing this field and wanted Piyush to join a permanent job.

Piyush says that at this point, his mother helped him. She gave him some money and he started learning to dance. After some time, he started teaching at his home, however, it did not gain much traction. He then went out to learn more. He also opted for jobs during the day and would go to night dance classes. Slowly, he started getting recognition and started getting more students. Piyush also does Anchoring and is a Radio Jockey as well.

Talking about the Covid pandemic, Piyush says that he was not at all prepared during the first wave and the ensuing lockdown. He had invested his money at several places and was not left with much. He also had to support his family financially. Piyush says that it was a time when he had nothing to do. However, during the second lockdown, he had learned his lesson. He started taking online classes this time and could get some money coming his way.

Piyush remembers that his favorite moment in life used to be visiting his maternal grandmother. Living with her was one of the best things in his life. He also adds that once he got a chance to host a gathering of around 5000 people and it was a great moment for him. These two memories are irreplaceable in his life according to Piyush.

Piyush says that his Life Mantra is to forget the past and learn from mistakes. He thinks that we should just keep moving ahead in life and should not regret the past. He urges the youth to give more time to their passion and be wary of expressing emotions on social media as people there do not care about it.