Be passionate about what you do. 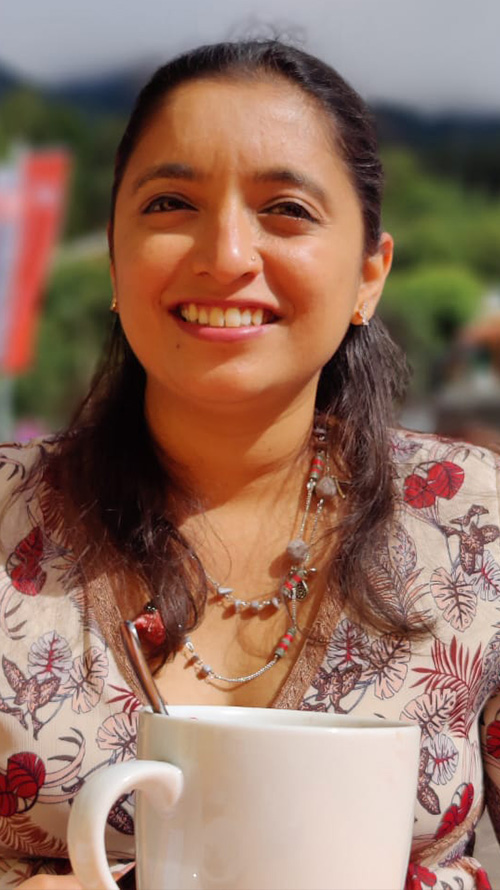 Be passionate about what you do.

Someone who was always inclined towards languages, Kashmira decided to try something unique and tweaked her path to learning German. She is the founder of Lingo Thoughts, where she takes courses in German.

Kashmira Bafna is a German Language Trainer who has been teaching for over a decade now. She started her journey from Pune University by doing a diploma in German. She plans to  follow it up by a B2 certificate. Kashmira also has her own language institute by the name Lingo Thoughts, which she started in 2015.

Born and brought up in Pune, Kashmira did her schooling from St. Theresa High School and her junior college at Amrita Vidyalaya. She had German as her subject in her 11th and 12th standards, which she truly enjoyed. This is when she thought of making her career in German language training. Thereafter, Kashmira did her degree in Arts as an external student from Pune University and started learning German alongside.

When asked about her role models, Kashmira says she considers her German language teacher back at Pune University as her role model.

She has now expanded her venture to a team of sixteen people, including trainers for the German, Japanese, and French languages. Kashmira initially had a physical presence, but now she has fully switched to an online mode of teaching for at least a year or so.

Talking about her achievements, Kashmira says she is thankful to have a team of dedicated and committed teachers, which she considers an achievement. She is also happy to have lasting contact with her students even after they are done with their training. Kashmira was also given the opportunity to travel to Germany, which broadened her knowledge of German culture and language.

Kashmira advises the youth to be passionate and consistent in their approach. She adds that they should not be hesitant to take advice whenever needed and channel their energy in the right direction. She advises all foreign language learners to have patience since it is a long process.

Kashmira’s mantra for life is to be an avid reader and a good listener in order to derive great learning. She says it is very important to keep yourself informed to be successful in life.