Kajal Srivastava, a Kalari Martial Artist on a Mission to Popularize the Age-Old Martial Art in India and Embrace it as a Fitness Regime

Sometimes, you did your best and all you ended up with was a big mess. Don’t be sad. You tried. Rest, regroup and begin again. You have not failed as long as you keep on trying. 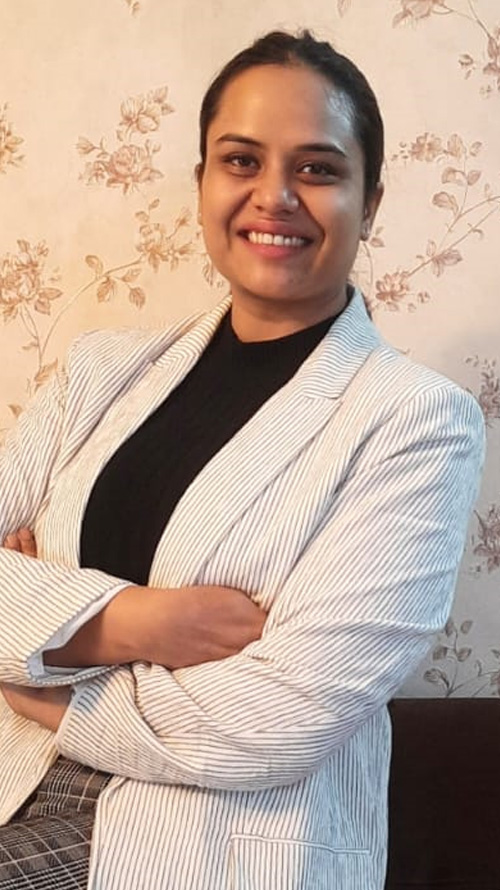 Sometimes, you did your best and all you ended up with was a big mess. Don’t be sad. You tried. Rest, regroup and begin again. You have not failed as long as you keep on trying.

Kajal aspired to become an IPS Officer and despite dedicating a long time of her life preparing for it, she could not do it. She then followed her passion for Kalaripayattu and made a well established career in it.

Kajal Srivastava is a Martial Artist. She practices Kalaripayattu at Kalari Kendram, Delhi. Also, she is the Founder of ‘Tavasi Movement’, a social welfare NGO in Noida. Through her organization, she spreads awareness about Kalaripayattu among the people, which is on the verge of extinction.

Kajal hails from Lucknow, Uttar Pradesh. She did her schooling from several schools in Lucknow and Delhi Public School after moving to Noida.

Reminiscing about her childhood memories, Kajal says that she had a great childhood at her native place. She says that despite her father having three daughters, he never considered them less than sons. He never paid attention to what people said to him and instead gave them good education and upbringing. Because of that, all three of them are doing good in their lives.

When asked about her Role Models, Kajal says that she doesn’t have a single role model in her life. But she gets inspired by many good people of historical times like Sardar Patel, Bhagat Singh and Lakshmibai, reading their biographies. Apart from this, all the people she meets in her everyday life, she draws inspiration from them as well.

Talking about her struggles, Kajal says that she was not good at studies at all, due to which she struggled to make friends in school. Soon after finishing her college, she prepared for UPSC exams but could not make it through even in the third attempt. Because of continuous failure and pressure of the outside world, she went into depression and felt tortured mentally. But at the behest of her friends, she followed her passion for Kalaripayattu. Yet she did not give up her dream of becoming an IPS Officer and continued her UPSC preparation. Even after seven long years of hard work, when she could not clear it, she quit and moved on. That’s when her NGO came into picture through which she started working on making people aware of India’s oldest Martial Art form; Kalaripayattu.

About her Covid experience, Kajal says that her Covid time turned out to be wasteful as she could not continue practicing her Art. Meanwhile, she got infected with this disease. She says that her body was weak since birth, due to which she used to get sick every now and then. But Coronavirus made her body weaker and more damaged. So even though she recovered quickly, she went through several after effects of Covid. Many severe changes began to take place in her body and it was becoming hollow from inside. She felt like all her martial arts efforts went in vain.

According to Kajal, Education is more important than Experience because it helps you to amplify your realms and tag your experiences. Further she says that education gives you an understanding of what kind of experience you want to have in life. At the same time she says that Experiences have their own role to play because whether you take education or not, experiences will happen. And from them you automatically find the way ahead for you.

About Leadership, Kajal opines that a good leader is not the one who likes to be ahead of the people. But he is the one who believes in admitting his mistakes and failures and taking his team forward with him. She says that she considers herself a born leader because she has led many movements and taken initiatives.

Kajal is an avid reader and she likes to dance in her spare time.

If Kajal had a Time Machine, she would like to go back in time and try to love and pay attention to herself no matter what.

Advising the youth, Kajal says that whatever you want to do in life, just keep doing it wholeheartedly. You do not owe any explanation to anyone whether you succeed in fulfilling your dream or not.