Elsa Marie DSilva, Founder of an NGO That Works on Gender Equality and Prevention of Sexual & Gender-Based Violence in India & USA

Anything you do is not a sprint, it is a marathon. Your sincerity, integrity and passion will sustain you and get people to believe in you. 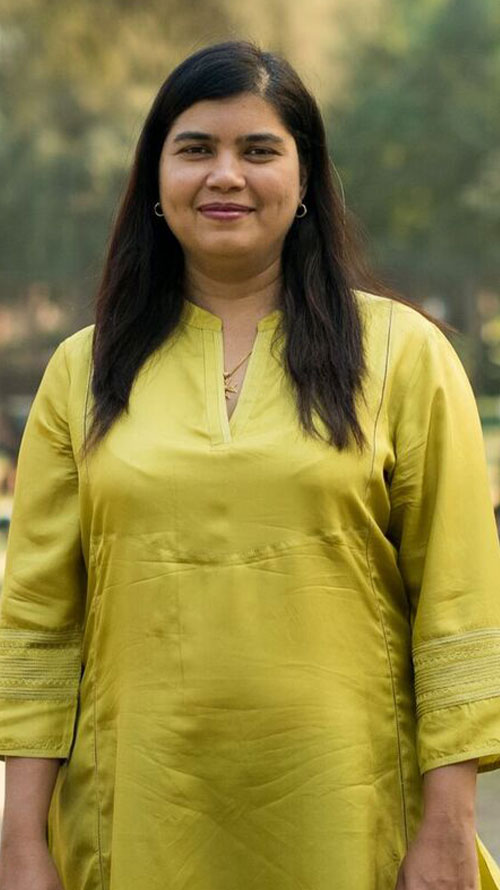 Anything you do is not a sprint, it is a marathon. Your sincerity, integrity and passion will sustain you and get people to believe in you.

A woman passionate about gender equality, Elsa D’silva is working hard to create a safe platform for everyone by documenting sexual harassment and abuse in public spaces.

Elsa Marie D’silva is the Founder of the Red Dot Foundation in Mumbai which works on gender equality and prevention of sexual and gender-based violence in India and the US. Her flagship program is Safecity which empowers individuals, the police and the community to share their stories and create safer public and private spaces, especially for women. Elsa’s foundation has chapters in 12 countries and she desires to cover more countries of the world in a more structured way.

Elsa lives in Mumbai. She was born and brought up in Mumbai itself. She feels that she had a privileged childhood. Elsa came from a middle-class family where all brothers and sisters were treated equally and never faced any patriarchal or stereotypical problems in the family. She was free to do anything as per her wish, says Elsa.

Talking about her journey in life, Elsa says that at the very early age of 19, she started her career as a Flight Attendant at Jet Airways and then at Kingfisher airlines when it restarted. Her last portfolio was as Vice President of Network Planning where she had to manage 500 daily flights. She worked for 20 years in the aviation industry.

Talking about her entry into this field, Elsa says that she switched her career to a social worker in December 2012 when the Nirbhaya rape case opened up the conversation based on sexual and gender-based violence in the country. Elsa says that she also has faced harassment on the bus and at the workplace. So she realized that there are many women in the country who are harassed but they do not complain about it. Elsa realized that there is a data gap that needs to be bridged and that kindled the idea of documentation of such stories to build situational awareness.

Sharing about her journey, Elsa says that she worked from an office girl to a CEO, and she did everything to bring up her organization. She was passionate about her idea and wanted to do something about it. She was confident that her work would surely bring a change in women’s lives. She built a team that consists of volunteers, interns, housewives, divorcees, women who have taken a break, older people and many more and now she has chapters in many countries.

When asked about her role models in life, Elsa says that people who worked diligently, treated others equally, and who were kind to all are all her role models.

In her leisure time, Elsa says she likes walking in the park, doing exercise and yoga, and reading books. She also likes drawing in her free time.

For everyone, Elsa advises bringing the change that you want to see. She suggests not to beg, borrow or steal.  It is good to ensure safe, equal and fair opportunities to live our lives, says Elsa. Agility, flexibility, open-mindedness, a learning mindset, and treating people with respect and not mind what people talk about you are the fundas of a successful life in her opinion.

Elsa says that she makes mistakes every day and tries her best to solve her problems and handle the situations if other people are also involved. We should learn from our mistakes, advises Elsa.

Elsa’s success mantra is that she tries her best. She has too much curiosity and keeps upgrading herself.