Amit Shrimali, Breathing Life Into the Arts as a Talented Live Theater Artist

If you work hard then your hard work will definitely pay off. 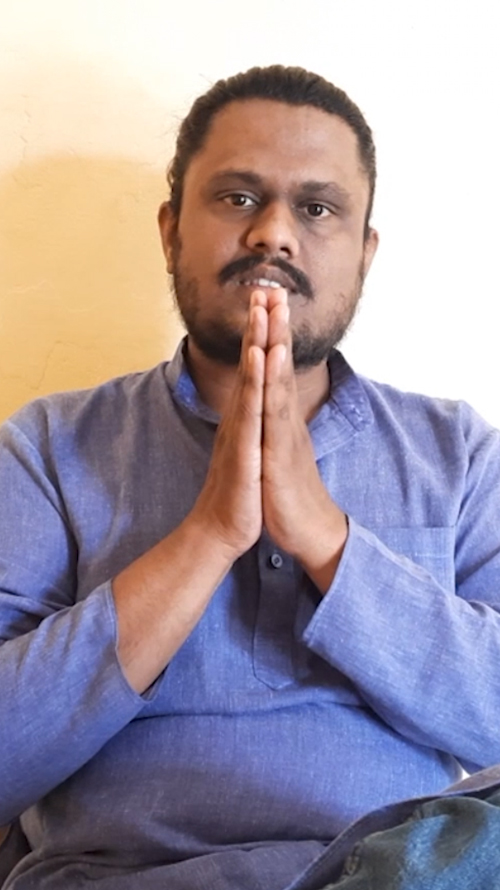 If you work hard then your hard work will definitely pay off.

Amit loved the stage since childhood and that’s why he chose his career in the theatre field. Today he is a live performing artist.

Amit Shrimali belongs to Udaipur. He has been actively associated with a theatre group called ‘Natyansh’ for the last thirteen years in which he performs in on-stage live plays and shows. He has learned this work from some senior theatre directors of Udaipur.

Amit says that since childhood he loved the stage and related activities. He says that his mother was a teacher in his school and she always took him forward in cultural activities of the school. He went on stage for the first time when he was just four years old, to read a poem. Since then, he fell in love with the stage such that he got addicted and till date there is no going back.

Amit studied till 8th std from a Government School in Salumbar village because of his mother’s posting in that school as a Government Teacher. Then they came to Udaipur and he completed his remaining schooling from Vidya Niketan School.

Talking about struggles, Amit says he faced hard times during the initial two years of his schooling in Vidya Niketan School due to cultural and behavioural aspects of students towards him and lack of focus towards academics, the effect of which was visible in his results.

Amit says that the real theatre journey of his started from a summer camp organised by Rajasthan Patrika where he worked as a Coordinator and coincidently, he got an opportunity to work in a play. Thereafter, he tried to search for theatre classes in Udaipur and after a long effort of six months he got a chance to join Shivraj Chouhan’s classes and after about an year-and-a-half, he could perform on stage. Soon he started writing scripts and till date he has written around twenty-five scripts.

Amit’s inspiration from the beginning about Theatre has been his mother as she only made him stand on stage for the first time..

Amit says that no matter how much his mother supported him in his childhood for the stage but today when he has gone to the theatre field and wants to become an artist, his mother does not support him any more as she thinks that it is not a good profession to pursue it as a career option because there is no money in the art industry. On the other hand, he says his mother is his best audience because she doesn’t miss a single show of him. And he feels that after watching his show her eyes start gleaming.

About the Covid time, Amit says that it was the worst phase of his life because first of all, his mother being a government employee, had to go to school every day and due to the closure of transportation, all his time was spent in picking up and dropping off his mother. He was scared by seeing such a beautiful city deserted. As a live performing artist, he had suffered a lot during that period. And it was then that he realised that along with performing live, he should also know how to work on camera so he is learning it now.

Amit says that even after fifteen years down the line, theatre will not reach anywhere and it will remain the same. He says, the more an artist works, the higher he will go. According to him, no matter what happens, theatre will never perish, it will grow.

Amit’s success-mantra is to close your ears, keep doing your work and stay focussed towards it.

Amit gives a message to newcomers to not run away from hard work as art is a work of patience and hard work. You must make up your mind before coming into this profession to give at least five-to-seven years of your life to art to understand it and to do something good in this field.