Abhishek Soni, a Jaipur-Based Artist and Founder Providing an Online Platform for Fellow Artists to Showcase Their Work & Grow 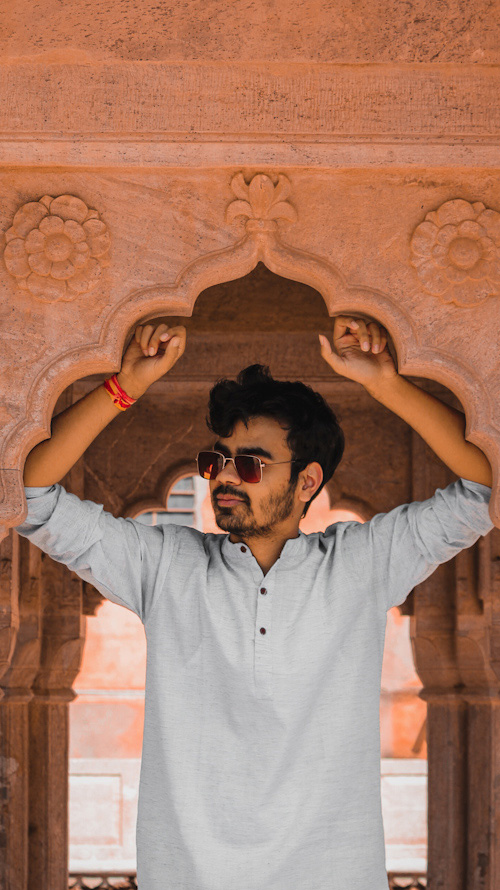 A young artist, Abhishek Soni, teaches and supports other artists by sharing his art.

Abhishek Soni is a self-art artist. He is the founder of Sketch Freak. It is a platform on social media. He shares his artwork and supports other artists as a teacher. He has been in this field for 7 years. Now he is doing digital sketching.

Abhishek lives in Jaipur. He completed his schooling at Maheshwari Public School. During his school days, he chose drawing as his extra activity.

Abhishek shares that once, due to some financial constraints, he was not able to buy any gifts for his friend. So he sketched his friend’s portrait and gifted it to him. He came to know about his hidden talent and then he started sketching with a pencil. Currently, he is working on a digital portrait.

Sharing about his struggles in life, Abhishek says he faced many circumstances in which he thought to give up sketching. In that situation, he received support from his teacher Kirti Sen, and he continued his sketching.

Talking about his achievements, Abhishek says that he received an invitation from a recognized newspaper to present his sketches which was an achievement for him. He received appreciation from more than 45 celebrities, including Nana Patekar, Taapsee Pannu, and many others.

When asked about his role models, Abhishek says his parents are his role models. They motivated and provided him with all the facilities to grow in this field.

During Covid, Abhishek spent time with his family and played different games. He felt that people were depressed due to the pandemic situation. So he contributed with his artwork by doing free sketching of more than 90 people to bring smiles to their faces. He got an opportunity to grow on Instagram and brought smiles to the faces of the people through his sketching.

In his free time, Abhishek says he likes traveling and listening to music.

Abhishek’s success mantra is to believe in yourself. If you can think of it, you can do it.